Johnston, RI WW/Press/October 28, 2016 –Joseph R. Ballirano, Attorney with Ballirano Law Offices, was selected for inclusion in the forthcoming  Top Attorneys of North America 2017 edition of The Who’s Who Directories. 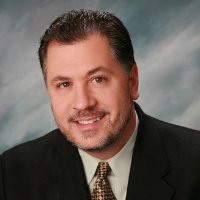 The accomplishments attained by Mr. Joseph Ballirano, in the field of Legal Services, warrants inclusion into the Top Attorneys of North America.

Joseph Ballirano has been practicing for over twenty-five years in family court and personal injury law. He has perfected the true art of meeting people and networking, which is a great asset in his profession. Joseph never forgot the human aspect of his work. He believes it is never just about money, but always about the people involved whose lives are deeply affected. Mr. Ballirano received his B.S. from Rhode Island College and his J.D. from Suffolk University Law School. He is a member of the Rhode Island Bar Association, American Association of Trial Lawyers, Aurora Civic Association, and the Sons of Italy of America.

Be the first to comment on "Top Attorney – Joseph R. Ballirano"