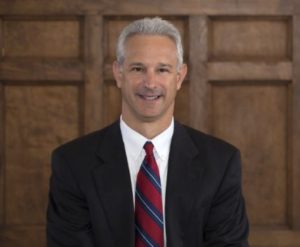 The accomplishments and achievement attained by Mr. William Goldfarb, in the field of Legal Services, warrants inclusion into the Top Attorneys of North America. William Goldfarb knew at an early age that he was destined to pursue a career in law because he possessed a drive to help people, and to serve the under-served. Over the years, this drive transcended into a passion for the law as he learned that there is a legal aspect to being of true service. Mr. Goldfarb attended North Carolina State University on a gymnastics scholarship, and on his own initiative, began working with handicapped children in a gym teaching them basic gymnastics – an avant garde endeavor at the time. That experience planted a seed of altruism that led him to grow to become a lawyer in 1991. Since establishing his own firm in 1996, that sense of compassion is still foremost in his practice today. Mr. Goldfarb is emboldened by the ‘small guy versus big guy’ aspect of the law. He finds the practice of law more intellectually challenging and stimulating when fighting against big insurance companies to protect the rights of these ‘small guys.’

Many of Mr. Goldfarb’s courtroom battles have benefited individuals far beyond just his clients . Through his decades of service in the courtroom, Mr. Goldfarb has effected permanent change in North Carolina law that benefits ‘the small guy.’ One of his early cases, stemming from a bar room brawl, resulted in changes in state law that allow a more fair and equitable legal system. That particular case expanded the punitive damages law in North Carolina, and he is honored that there are people who will benefit from that long after he is done practicing law. Another significant case involved a woman who was severely injured by a drunk driver. Mr. Goldfarb, during mediation, used carefully crafted displays of evidence – from photographs to glass shards removed from her eyelids – to win a significant settlements. This same approach also contributed to a large settlements for the family of a school bus driver who was struck and killed by a truck. The economic loss to the family was computed to be $187,000, but the family was awarded $1.8 million because of Mr. Goldfarb’s unique demonstrative methods and because he truly captured not only the loss to the family, but the loss to the general public of such a delightful human being. Yet, despite all his great achievement , Mr. Goldfarb takes more pride in something less tangible. “I am proud that I haven’t lost the vision for why I became a lawyer,” he said. “So many folks do this simply to make money. I am actually trying to help people and that’s what keeps me coming back.”

Be the first to comment on "Top Attorney – William K. Goldfarb"