Findlay, OH WW/Press/March 16, 2022 –John F. Kostyo, Attorney with The Law Offices of John F. Kostyo, is recognized and distinguished in the Top Attorneys of North America 2022-2023 edition by The Who’s Who Directories. 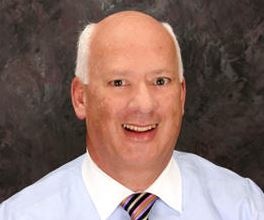 John Kostyo maintains a general civil practice of law with experience in all phases of civil litigation, his primary areas of practice including the protection of creditor rights, representation of commercial construction firms, civil litigation, contracts and commercial transactions, and mergers and acquisitions. He is admitted to practice before Ohio courts, The United States Supreme Court, and United States Federal District Courts for the Northern District of Ohio, the Southern District of Ohio, the Eastern District of Michigan, the Western District of Michigan, and the Sixth Circuit Court of Appeals. Mr. Kostyo has also represented financial interests in over three thousand bankruptcy matters in the Bankruptcy Courts of Ohio and Michigan. He has also served as counsel or as a settlements agent in several thousand consumer and commercial loan transactions.  John is pleased to represented his longtime clients for thirty years while extending his zealous approach to individuals and businesses with the highest standard of skill while keeping strong to ethical standards. He is known to cooperate with courts following the best way in proceedings while making it the most favorable for the interest of the clients. John received his B.A. magna cum laude from John Carroll University and his J.D. from Case Western Reserve University, Franklin Thomas Backus School of Law. He is a member of the American Bar Association, Ohio Bar Association, Toledo Bar Association, and the Findlay/Hancock County Bar Association.

Be the first to comment on "Top Attorney – John F. Kostyo"