New York, NY WW/Press/September 7, 2016 –Harvey A. Levine, Attorney with Levine and Gilbert, was selected for inclusion into the Top Attorneys of North America 2016 edition of The Who’s Who Directories. 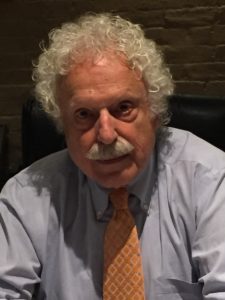 Harvey Levine has been practicing for fifty-five years, concentrating in the areas of personal injury and municipal liability. Mr. Levine also represents police, firefighters, and their families in civil litigation in claims arising from injuries sustained in the line of duty.

Mr. Levine has secured over 250 verdicts in his career, including numerous multi-million dollar verdicts and settlements. He most recently secured the highest verdict in New York State for a purely TMJ related injury. Harvey received his J.D. from Brooklyn Law School and has been selected as a Super Lawyer. He has been married for sixty years to his amazing wife May, who received a college tennis scholarship at age forty-seven.

Be the first to comment on "Top Attorney – Harvey A. Levine"