New York, NY WW/Press/September 14, 2016 –Alan D. Halperin, Attorney with Halperin, Battaglia, Benzija, LLP, was selected for inclusion into the Top Attorneys of North America 2016 edition by The Who’s Who Directories. 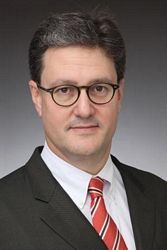 Alan Halperin has been practicing bankruptcy and insolvency law for twenty-six years representing debtors, creditors of all types and creditors’ committees in numerous jurisdictions across the nation. He regularly provides individual clients with advice on how to structure their transactions with financially troubled companies, and assists in the negotiation and documentation of agreements with both bankrupt and troubled companies.

Mr. Halperin also advises committees of creditors on how to plan for and navigate the workout bankruptcy processes, has served as a liquidation trustee in cases of national renown, and he has lectured on a variety of bankruptcy and related state law topics. Mr. Halperin is a member of both New York and New Jersey State Bars, and is admitted to practice before various federal and bankruptcy bars situated in those states. While in law school, he was a student intern with former Chief Bankruptcy Judge Tina L. Brozman (S.D.N.Y.) and former Bankruptcy Judge Marvin A. Holland (E.D.N.Y.). Alan received his J.D. from Fordham Law School, where he was a Dean’s List student and a member of the Urban Law Journal at Fordham. He was included in Law360’s list of 10 most Admired Bankruptcy Attorneys released in September 2010, named as one of the country’s Outstanding Young Restructuring Lawyers in 2007 by Turnarounds & Workouts, and included in Chambers USA list of recommended U.S. bankruptcy lawyers from 2009-2016 and in Best Lawyers in America 2016 and 2017.

Be the first to comment on "Top Attorney – Alan D. Halperin"