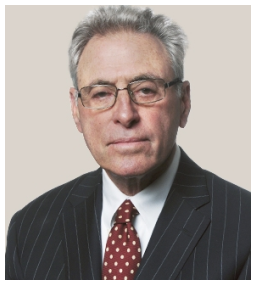 Norman Lippitt has been practicing law for close to 60 years in the areas of complex commercial litigation, class action litigation, matrimonial law, employment litigation, and real estate disputes. As a criminal defense attorney, he tried over 100 major felony cases before he turned thirty, an unprecedented feat in today’s legal environment. Stories of Norman’s legal prowess and acumen spread to Lansing, and in 1985, the governor appointed Norman to the bench of the Oakland County Circuit Court, where he served for three and a half years before returning to private practice. He has successfully defended and resolved major class action suits in both state and federal court, and has represented some of the nation’s largest corporations, many privately held businesses and notable people, as well as victims of oppression. In addition to his civil practice, he has a family law practice and has tried countless large asset divorce cases and other domestic matters. Mr. Lippitt received his J.D. from Michigan State University College of Law and is a member of the Oakland County Bar Association. He was selected to Michigan Super Lawyers from 2006-Present, named as the Top One Percent from The National Association of Distinguished Counsel in 2015, and recognized by Michigan’s bench and bar as one of the state’s most outstanding trial lawyers.

Be the first to comment on "Top Attorney – Norman L. Lippitt"