Tupelo, MS WW/Press/April 24,2017 –Jim Waide, Founder and Shareholder with Waide & Associates, P.A., was selected for inclusion in the forthcoming Top Attorneys of North America 2017 edition of The Who’s Who Directories. 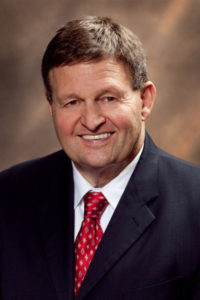 The accomplishments attained by Mr. Jim Waide, in the field of Legal Services, warrants inclusion into the Top Attorneys of North America.

Jim Waide spent three years in the United States Marine Corps, including one year as a forward observer in Vietnam. He was awarded the Bronze Star for his service in combat. Mr. Waide’s law practice focuses on employment discrimination and civil rights cases. He is licensed to practice law in all state and federal courts in Mississippi, as well as the western district of Tennessee. Six of Waide’s cases have been accepted by the United States Supreme Court, and he has never lost a case before that Court. He considers the most significant of those cases to be Reeves v. Sanderson Plumbing Products, Inc., which limited the authority of federal judges to overturn jury verdicts and Wyatt v. Cole, which abolished immunity provided to parties in cases brought under 42 USC Section 1983. Jim received his J.D. from Tulane Law School, where he earned the American Jurisprudence Award in Corporations. He is a member of the Lee County Bar Association, Mississippi Bar Association, and American Bar Association.

Be the first to comment on "Top Attorney – Jim Waide"