Minneapolis, MN WW/Press/August 15, 2016 –Jeffrey E. Grell, Attorney at Law, was selected for inclusion in the Top Attorneys of North America 2016 edition by The Who’s Who Directories. 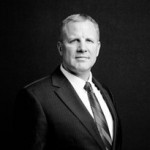 Jeffrey E. Grell is one of the foremost attorneys in the world in RICO Act law. When the Racketeer Influenced and Corrupt Organizations (RICO) Act was passed in 1970, Congress’ goal was to eliminate the ill-effects of organized crime on the nation’s economy.

Today, although seldom used against the Mafia, RICO is a common claim in federal courts, usually asserted by the purported victims of white collar crimes such as mail and wire fraud. Jeff has a widely recognized understanding and appreciation of the RICO Act, having been frequently sought out by business people, attorneys, journalists, professors, teachers, students , and members of the general public.

Be the first to comment on "Top Attorney – Jeffrey E. Grell"