Houston, TX WW/Press/November 13, 2019 –Alvin Zimmerman, Attorney Of Counsel with Spencer Fane was selected as a Diamond Member into the Top Attorneys of North America 2019-2020 edition by The Who’s Who Directories. 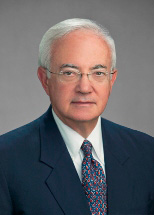 Alvin Zimmerman has been practicing for over fifty years in the areas of family law and mediation. He is one of the most active mediators and arbitrators in Harris County, Texas with extensive alternative dispute resolution experience. He is a credentialed distinguished mediator (less than 200 in Texas) by the Texas Mediator Credentialing Association. His ADR experience includes business, health law, personal injury, construction, commercial, tort, employment, intellectual property (including patent, trademark, and copyright), probate, oil and gas, and family law cases.

Alvin has extensive experience in civil trials involving complex litigation as well as representation of parties in difficult family law cases. presiding as a municipal court judge for the city of Houston and as a state district judge of the 26pth (Civil) and 309th (Family) District Courts. He has also served as assistant attorney general for the state of Texas and briefing clerk for the Honorable Judge Ingraham, federal district judge for the Southern District of Texas. He also serves as a special judge for hire, special master, ad litem and conducts investigations for educational institutions. He has participated in over 500 arbitrations and 3,000 mediations in his career.

In May 2000, he received the Anti-Defamation League’s Karen H. Susman jurisprudence Award, which is presented annually to an outstanding member of the legal community who exhibits an exceptional commitment to equality, justice, fairness and community service. He also received the University of Houston Distinguished Alumni Award in April 2009. This award is given to individuals who have distinguished themselves in their field of endeavor and whose accomplishments have brought credit to the university. Just over 150 alumni have received this honor. An in 2106, Alvin received the Frank G. Evans Award as the outstanding ADR Professional for his dedicated service to the profession from the State Bar of Texas – ADR Section.

Alvin is a frequent presenter in the fields of ADR and Family law in Houston Bar Association, State Bar of Texas and Texas Mediator Credentialing Association (over 25 presentations).

Be the first to comment on "Top Attorney – Alvin Zimmerman"