Riverside, CA WW/Press/October 19, 2018 –Ronald W. Ask, Attorney with Elder Law Center P.C., was selected for inclusion as a President’s Circle Member into the Top Attorneys of North America 2018-2019 edition by The Who’s Who Directories. 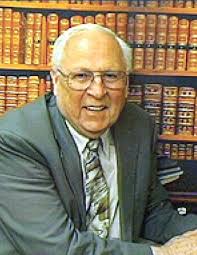 Elder Law Center, P.C. is a full service law firm with a long history of serving the Riverside and San Bernardino County communities. Attorney Ron Ask is dedicated to the legal needs of senior citizens, dependent adults and children, as well as families who find themselves in legal or financial distress. The firm provides a full range of services,

Ronald Ask, admitted to the California State Bar in 1981, is the owner of Elder Law Center P.C. and has devoted his practiceBes to elder law and advocates for military veterans as well as bankruptcy law practitioner since 1982.

Mr. Ask grew up on a small 35 acre farm in Northeast Iowa. At only ten years old, he started gaining experience in operating heavy mechanized equipment at his father’s farm. He held his first job at a service station when he was thirteen years old. He then became a brick mason tender at 16 years of age. All the while he continued to help his father with the farm. Mr. Ask joined the Marine corps at age 18. He was later assigned to a tracked vehicle mechanics school at Camp Pendleton California, where he graduated in second place in a class of 52 students. He was retained as an instructor and finished out his career as a teacher.

Upon release from the service in 1956, Mr. Ask had a job as an automobile salesman while attending school part time at Long Beach Community College. Beginning in 1957, he worked for different Aerospace companies until he was hired by International Harvester Co. In 1959, he was promoted to assistant manager of a heavy duty truck facility in Downtown Los Angeles. After his graduation from Long Beach State University, he was transferred to Riverside County where he represented the company with about a dozen automobile dealers in Riverside and San Bernardino County.

In 1967, he took over management of a truck dealership in Riverside, California. In 1979, he was then promoted to key market manager for all of Southern California, Arizona and southern Nevada. After obtaining his Juris Doctorate from Western State College of Law in Fullerton, California, Mr. Ask opened his first law firm in Ontario, California, and later in Mira Loma, California. He moved his practice to Riverside, California in 1984. In 2002, he formed Elder Law Center, where he currently practices law.

Mr. Ask is associated with numerous Conservative political Groups and election campaigns. He has appeared as a “talking head” on Los Angeles based network news and on Coachella Valley Television News and has been a guest speaker at the University of California, Riverside.

His secret to success has been in treating everyone the same, giving them the same representation and always maintaining integrity.

Mr. Ask and his wife are the parents of eight children and have parented three additional children.

Be the first to comment on "Top Attorney – Ronald W. Ask"