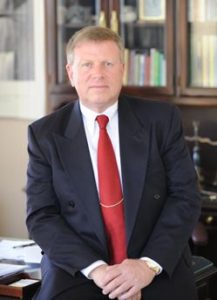 The accomplishments attained by Mr. Vaughn Gourley, in the field of Legal Services, warrants inclusion into the Top Attorneys of North America.

R. Vaughn Gourley has been an attorney for thirty-four years in the areas of civil and commercial litigation, contract and transactional law, bankruptcy, eminent domain, estate planning, wills, and trusts. He was named a Vegas Inc. Top Business Lawyer in 2012, the Best of the Best in Southern Nevada in 2013, and then Business Advocate of the Year. R. Vaughn has also been included in the Top Lawyers in Nevada (The Legal Network) 2015 and 2016, and America’s Most Honored Professionals (The American Registry) in 2016. Mr. Gourley received his B.A. and M.A. from Brigham Young University, and his J.D. from Seattle University School of Law. He is a member of the Clark County Bar Association, the American Bar Association, the Association of Trial Lawyers of America, the State Bar of Nevada, Utah State Bar, U.S. District Courts for Nevada and Utah, the Ninth and Tenth Circuit Courts of Appeal, and the U.S. Supreme Court.

Be the first to comment on "Top Attorney – R. Vaughn Gourley"