Brooklyn, NY WW/Press/February 2, 2022 –Patrick F. Bisogno, Partner with Bisogno & Meyerson LLP., is recognized and distinguished in the Top Attorneys of North America 2022-2023 edition by The Who’s Who Directories. 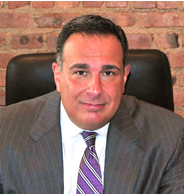 “Prepared And Driven To Do The Best For My Clients”- Patrick F. Bisogno

Patrick Bisogno is a practicing attorney and a Partner with the Law Firm of Bisogno & Meyerson LLP., a top rated law firm based in Brooklyn, New York. Patrick has been consistently successful in the field of Personal injury, specializing in construction accidents, products liability, medical malpractice, wrongful death and premises liability litigation. His record of achievement for injured clients includes a $10.6 million verdict for a Construction worker who fell off a ladder at a job site. In 2011 Patrick received an $11.3 million verdict for a construction worker stabbed on a job site, which was the largest verdict that year for an intentional tort in New York State. In the same Year he also received the 19th highest verdict in New York for an automobile accident. His other notable achievements include a $4 million verdict for a stabbed mall worker, $4.2 million and $2 million verdicts for injured construction workers and a $2.95 million verdict for an injured oil delivery man. He attributes his great success in the courtroom to endless preparation and attention to detail on each trial. Patrick has tremendous understanding and an acute insight into the minds of the jurors that sit on his cases. He believes that in order to be a successful trial attorney, you must understand and know the people of your community because they will ultimately be the jurors on your cases.

Patrick understands the jurors in his community because he chose to practice in the same place where he was born and raised, Brooklyn. He lived in Brooklyn for 41 years and was an active member of the community and now lives in Staten Island with his wife and two children.

Mr. Bisogno serves as the vice president of the Staten Island Trial Lawyers Association and is also a member of the New York State Trial Lawyers Association, Richmond County Bar Association. He is licensed to Practice in New York and New Jersey, U.S. Supreme Court, U.S. Court of Appeals, U.S. Court of Federal Claims, U.S. Court of Military Justice and the U.S. District for Eastern and Southern Districts of New York. Patrick received his Bachelor of Arts (BA) from St. John’s University in 1986 and his Juris Doctor (JD) from St. John’s University School of Law in 1989.

Be the first to comment on "Top Attorney – Patrick Bisogno"