East Lansing, MI WW/Press/July 15, 2016 –Kristina S. Lyke, Attorney with Kristina Lyke Law, was selected for inclusion in the forthcoming Top Attorneys of North America 2016 edition of The Who’s Who Directories. 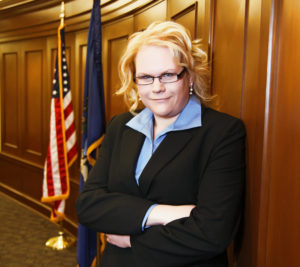 The accomplishments attained by Ms. Kristina Lyke, in the field of Legal Services, warrants inclusion into the Top Attorneys of North America.

Attorney Kristina Lyke has earned a solid reputation as an intelligent, passionate, and ethical defender of her clients ‘ legal rights in the areas of criminal defense, civil litigation, wills and estates, family law, DUI/DWI defense, and traffic violations. Originally from Pinckney, Michigan, she served as an elected councilwoman for two consecutive terms, as the youngest person to be elected on the board and receiving the highest number of votes. Kristina has also been invited as a speaker at Eastern Michigan University for two Symposiums regarding papers that were written in political science, and a speaker at Thomas Cooley Law School in reference to the Michigan Bar preparation class.  She attributes her success to perseverance, her family, and her faith. Ms. Lyke received her J.D. from Thomas M. Cooley Law School and was honored with the Ingham Bar Association Young Lawyers Award in “recognition of exemplary legal scholarship, advancement of and in the legal profession, and community service” in 2011. Kristina also received the National Leadership Award in 2006 by the Honorary Chairman Business Advisory Council for the Republican Party and received the Top 10 Client Satisfaction Award for Criminal Law in 2016, was the 2015 Michigan Top Attorney Lawyer for Family Law, and was selected for the 2015 and 2016 National Litigation Top 100.

Be the first to comment on "Top Attorney – Kristina S. Lyke"