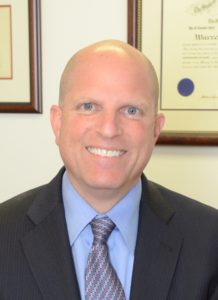 Warren Sutnick and the legal team at Sutnick & Sutnick bring an usually high level of criminal law experience and personal attention to their clients. Mr. Sutnick has been certified by the New Jersey Supreme Court as a Municipal Court Law Attorney. He was named a Super Lawyer and has been named a Top Attorney in Bergen County by (201) Magazine. Additionally, Mr. Sutnick is rated “10” as a superb attorney on avvo.com. Mr. Sutnick specializes in Criminal and DWI/DUI cases. He began his legal career as a prosecutor at the Brooklyn District Attorney’s Office where he was a Senior Trial Attorney in the Homicide Bureau. Mr. Sutnick is a founding member of the American Association of Premier DUI Attorneys. He is also a member of the criminal and municipal court committees of the Bergen County Bar Association. Mr. Sutnick has lectured Nationally and Internationally in the area of financial crime and DWI. Mr. Sutnick was previously counsel at Morgan Stanley in New York City and Vice President at Paine Webber in Weehawken, New Jersey. He is admitted to practice before the State and Federal Courts in New Jersey and New York. Warren received his B.A. from Rutgers College and J.D. from Brooklyn Law School. He is a member of the American Institute of DWI/DUI Attorneys, the National Association for Justice, the National College of DUI Defense, the New Jersey School Boards Association, and the Kings County District Attorney Alumni Association.

Be the first to comment on "Top Attorney – Warren S. Sutnick"