Woodbury, NY WW/Press/June 28, 2021 –Victor Fusco, Founding Member of Fusco, Brandenstein & Rada, P.C., has been selected for inclusion into the Top Attorneys of North America 2021-2022 edition by The Who’s Who Directories. 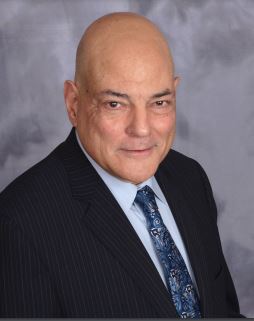 Mr. Fusco received his undergraduate degree from Hofstra University in 1972, and his law degree from Brooklyn Law School in 1975. He is admitted to the New York State Supreme Court, the Southern and Eastern Districts of New York Federal Courts, The Second Circuit Court of Appeals and the United States Supreme Court.

Fusco, Brandenstein & Rada, P.C., which he founded in 1978, is a full service, disability law firm with over four decades of experience in representing injured workers due to workplace accidents, unexpected illnesses and diseases, motor vehicle accidents, and countless other disabling conditions, in such matters as Worker’s Compensation, Occupational Diseases, Social Security Disability, Veterans Benefits, 9/11 Claims, and Personal Injury.

Mr. Fusco is a frequent lecturer and writer in the areas of Social Security, Workers’ Compensation and media relations. He’s presented at such places as the Cornell School of Industrial and Labor Relations, the New York State Bar Association, the Practicing Law Institute, the New York Injured Workers’ Bar Association, and the National Organization of Social Security Claimants’ Representatives, the National Academy of Continuing Legal Education, as well as the Nassau County and Suffolk County Bar Association His columns appear in numerous union newsletters and local papers.

In the past, he has served as an arbitrator in the Eastern District of the United States District Court, and on the NYS Lemon Law panel. He also served as Chair of the Zoning Board of Appeals in the Village of Lake Grove; a member of the Suffolk County Bar Association’s Judicial Screening Committee, and served on the Suffolk County Charter Revision Committee.

From 1999 to 2016, Victor hosted “Labor Lines” a program about working men and women and the organizations that represent them heard twice weekly on various AM & FM radio stations throughout the metropolitan area, and also heard as a podcast.

Victor has received awards from the LI Federation of Labor, the Lupus Alliance, the Foundation Fighting Blindness, the Children of Hope Foundation, The New York State Assembly, the Suffolk County Corrections Officers’ Association, CSEA Local 880, The Town of Oyster Bay, The Town of Hempstead, The Nassau County Police Department, Both the Nassau and Suffolk County Legislatures and County Executives, The Long Island Labor Advisory Committee, The Institute for Jewish Philanthropies, numerous civic, labor and charitable organizations. He has been recognized as a leader in his fields of practice by SuperLawyers, Best Lawyers in America, Top Lawyers, Lawyers of Distinction and AVVO.

Be the first to comment on "Top Attorney – Victor Fusco"