Rapid City, SD WW/Press/June 8, 2016 –Terry L. Pechota, Attorney with Pechota Law Offices, was selected for inclusion into the  Top Attorneys of North America 2016 edition by The Who’s Who Directories. 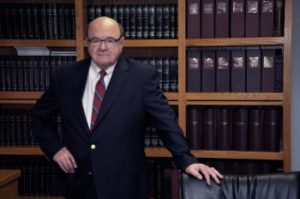 Mr. Pechota was the first Indian U.S. attorney and has handled several landmark cases, including the Black Hills of South Dakota case for the Rosebud Sioux in regards to the 1868 treaty. Mr. Pechota has stated “The consensus is, the tribes want this land back.” Terry received his B.S. from Black Hills State College and his J.D. from the University of Iowa. He is a member of the Pennington County Bar Association, American Trial Lawyers Association (ATLA), South Dakota Trial Lawyers Association (SDTLA), and the American Indian Attorneys Association.

Be the first to comment on "Top Attorney – Terry L. Pechota"