Bronx, NY WW/Press/June 30, 2016 –Stephen B. Kaufman, Attorney with the Law Office of Stephen B. Kaufman, P.C., was selected for inclusion in the forthcoming Top Attorneys of North America 2016 edition of The Who’s Who Directories. 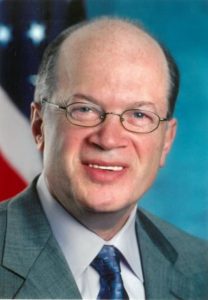 The accomplishments  attained by Mr. Stephen Kaufman, in the field of Legal Services, warrants inclusion into the Top Attorneys of North America.

Stephen Kaufman has devoted his life to serving the people, institutions, and businesses of the Bronx as a practicing attorney, elected official, and concerned citizen. He focuses on personal injury cases including automobile, motorcycle, and truck accidents, construction accidents, slip and falls, and defective premises. Mr. Kaufman began his legal career in the Bronx as an assistant district attorney and then law secretary to a Bronx Civil Court Judge. In 1988 he was elected to the New York State Assembly, where he served for fifteen years and held many leadership roles including Assistant Majority Whip, Chair of the Administrative Regulations Review Commission, and Chair of the Election Law Committee. Stephen received his J.D. from Washington College of Law at the American University. He is a member of the New York State Bar Association, President of the Throggs Neck Merchants Association, and Chairman of the Board of Directors of the Bronx Overall Economic Development Association.

Be the first to comment on "Top Attorney – Stephen B. Kaufman"