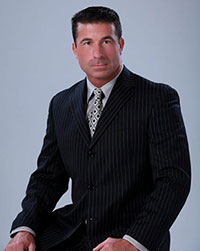 The significant accomplishments attained by Attorney Stephen Burroughs, in the field of Legal Services, warrants inclusion into the Top Attorneys of North America.

Mr. Burroughs focuses primarily on personal injury law, specifically in the areas of auto accidents, trucking accidents , dog bites, premises liability, boating accidents, construction accidents, spinal cord injuries, and wrongful death. The Law Office of Stephen A. Burroughs has been successfully defending the rights of injured citizens since 1999. Over the years, the firm has helped thousands of injured clients rebuild their lives and in the process has helped them recover millions of dollars in compensation. Mr. Burroughs has consistently shown a willingness and ability to aggressively fight for his clients , and he is known for the high rate of success he achieves on his cases. Stephen A. Burroughs is also known for his charitable work in his community. Stephen, his family and his office often provide donations, contributions and services to many different charities and non-profit organizations including CureSearch for Children’s Cancers, Disabled American Veterans, and the Humane Society of the Tennessee Valley, to name a few. Stephen A. Burroughs is also a veteran of the United States Army, where he was awarded an Army Achievement Medal for his service as a soldier, before going on to earn his J.D. from the University of Tennessee.