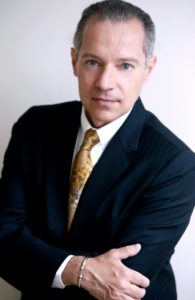 Sergio Benedetto is a bilingual native of Argentina who became an attorney in the City of Buenos Aires in 1989. He practiced civil litigation, criminal defense and international assets protection in the city of Buenos Aires from 1989 until the year 2000. He was also in-house attorney for the National Retail and Services Employees’ Trade Union from 1993 until 2000, the largest trade union in Argentina. Since 2009, he has practiced in civil litigation, personal injury, criminal defense, and civil rights violations. Mr. Benedetto is a frequent lecturer in community centers regarding personal injury claims, civil litigation, and civil rights violations. He received his LL.M. in International Legal Studies from American University, Washington College of Law, graduating at the top of his class in 2001. Sergio is a life member of the Million Dollar Advocates Forum, a nation-wide forum of attorneys who have obtained one million dollars or more on a single case (fewer that 1% of all the attorneys licensed to practice in the United States are members).

Be the first to comment on "Top Attorney – Sergio F. Benedetto"