Brooklyn, NY WW/Press/June 30, 2016 –Roger A. Levy, Attorney with Levy & Nau P.C., was selected for inclusion into the Top Attorneys of North America 2016 edition by The Who’s Who Directories. 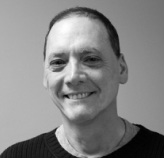 Roger A. Levy has been practicing law in Brooklyn and New York City since 1985, and  is known in Brooklyn as the go-to attorney where real-estate fraud has been committed and must be undone.

Focusing on transactions, probate, litigation and bankruptcy, his clients include individuals, small businesses and banking institutions.

Roger A. Levy is also a Major in the U.S. Air Force Auxiliary/Civil Air Patrol, where he flies search and rescue missions and manages operations for his unit.

Mr. Levy received his J.D. from Syracuse University and is admitted to the Bar of the U.S. Supreme Court. He is a member of the Brooklyn Bar Association and the Lawyer-Pilots Bar Association.

Be the first to comment on "Top Attorney – Roger A. Levy"