Manchester, TN WW/Press/June 27, 2016 –Robert L. Huskey, Attorney with The Huskey Firm, was selected for inclusion in the Top Attorneys of North America 2016 edition by The Who’s Who Directories. 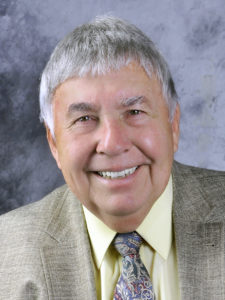 Robert Huskey is a trial lawyer with over 50 years of trial experience and a 1970 graduate of Tulane University School of Law. He spent his first four years of practice trying Court Martials for the United States Army as a JAG officer at Ft. Holabird, USARSUPTHAI in Thailand and 101st Airborne Division. Robert served at different times as both Chief Defense Counsel and Chief Trial Counsel at USARSUPTHAI and at the 101st. He remained in the Army Reserves after release from active duty and retired as a Lt. Colonel. In 1974 he established a law practice in Manchester, Tennessee. For most of his his years in practice he was a sole practitioner, but in 2006 he was joined by his son, Jason Huskey, and in 2007, his wife, Beth Huskey. Bob and Jason still continue the practice.

He has litigated in all levels from General Sessions Court to the United States Supreme Court. Although his practice is primarily in middle Tennessee, he has appeared Pro Hac Vice in five other states. He handles all types of civil and criminal litigation except bankruptcy. For approximately thirteen years, he was counsel for the AEMTC which is an association of multiple trade unions at AEDC at Arnold Air Force Base, during which he handled everything from local mediations and arbitrations to trials before the NLRB. He is currently County Attorney for Coffee County. When asked about his most memorable case, the one that most stands out occurred early in his practice while stationed at Ft. Campbell with the 101st Airborne Division.

He was sent by the Army via Pan Am 747 jet to Bangkok, Thailand to defend a Staff Sgt. Hensley who was charged with first degree murder, conspiracy to murder, diversion of petroleum, and conspiracy to divert, aggravated assault on a MP, resisting arrest, and escape from confinement. Charges originated while Captain Huskey was stationed in Thailand, but shortly before SSgt. Hensley’s trial, he escaped from the stockade with an Air Force Private named Houdini. He was later recaptured and Captain Huskey returned to Thailand to defend him. The military Judge came from Japan and witnesses came from nineteen different countries. SSgt. pled guilty to escape from confinement, but went to trial on the other six charges. He was convicted of the lesser three, that being resisting arrest, conspiracy to divert and diversion, and was acquitted of Aggravated Assault and the two Murder charges. He was sentenced to six years. Captain Huskey knew immediately that regardless of how long he practiced, he would probably never have a case with any more intrigue and unique circumstance than that.

Be the first to comment on "Top Attorney – Robert L. Huskey"