New York, NY WW/Press/June 23, 2016 –Morton H. Rosen, Attorney with the Law Office of Anderson Kill, P.C., was selected for inclusion in the  Top Attorneys of North America 2016 edition by The Who’s Who Directories. 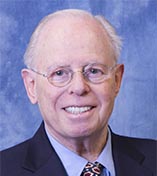 Morton Rosen is a shareholder in Anderson Kill’s New York office concentrating his practice in real estate, litigation and corporate and commercial law. In over fifty-four years of legal practice, Mr. Rosen has become known as a recognized authority in the field of cooperative and condominium law. In the 1970s, when open commercial spaces in New York City were being illegally converted into residential space and rented to unsuspecting tena, he successfully represented and defended various tenant groups in litigation, while aiding them in organizing rent strikes against landlords who sought to profit from such illegal activity. From the 1970s into the 1980s, when many building owners in New York began converting their properties to cooperatives and condominiums, Mr. Rosen represented countless numbers of tena and tenant groups who sought his counsel in the interpretation and negotiation of offering plan terms and purchase contracts. His work in both litigation and transactional work became well-known in New York’s real estate community. Morton received his B.A. from New York University – Washington Square College and his LL.B. from New York University. He is a member of the New York State Bar Association, Real Property Section, and the Committee on Condominiums and Cooperatives.

Be the first to comment on "Top Attorney – Morton H. Rosen"