Savannah, GA WW/Press/June 7, 2016 –Mark A. Tate, Attorney with Tate Law Group, was selected for inclusion in the forthcoming Top Attorneys of North America 2016 edition by The Who’s Who Directories. 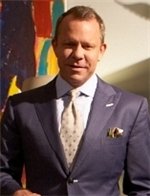 Mark Tate has over twenty five experience in the field of civil litigation. He began his career in law as a defense attorney, but his true passion quickly compelled him to represents individuals instead of corporations. Mark’s record of multi-million dollar settlements and verdicts won for his Personal Injury clients distinguishes him as a nationally acclaimed trial attorney. He has been recognized as the Most Outstanding Young Trial Lawyer of the Year by American Association for Justice in 2002, elected to the Outstanding Lawyers of America in 2003, and one of the Association of Trial Lawyers of America’s Top 100 Lawyers in 2008 – 2011. Mr. Tate received his B.A. from Mercer University and his J.D. from the University of Georgia School of Law. He is a member of the Georgia Trial Lawyers Association, Savannah Trial Lawyers Association, Southern Trial Lawyers Association, Million Dollar Advocates Forum, The American Association for Justice, and the National College of Advocacy.

Be the first to comment on "Top Attorney – Mark A. Tate"