Boston, MA WW/Press/June 22, 2016 –John H. Cunha, Attorney with Cunha & Holcomb, P.C., was selected for inclusion in the forthcoming Top Attorneys of North America 2016 edition of The Who’s Who Directories. 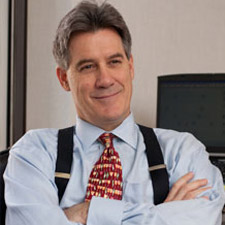 The accomplishments attained by Mr. Jack Cunha, in the field of Legal Services, warrants inclusion into the Top Attorneys of North America.

John Cunha is a nationally known expert in a number of forensic evidence disciplines and has proven to be equally adept as a trial and appellate attorney, having tried hundreds of cases and secured Not Guilty verdicts in cases ranging from murder, federal racketeering, domestic assault and operating under the influence in the Superior Court, state district courts, and federal district courts. He has represented clients with great success in the United States Supreme Court, United State Court of Appeals for the 1st Circuit, Massachusetts Supreme Judicial Court, and the Massachusetts Appeals Court. In one of two federal RICO cases in which he secured Not Guilty verdicts, U.S. v. Green, it meant successfully challenging at trial “ballistics” evidence that had been accepted in American courts for over a hundred years, preventing government “experts” from linking his clients to an attempted murder by claiming they “matched” shells at the scene to a handgun attributed to his clients. Jack received his A.B. magna cum laude from Boston College and his J.D. from Boston College Law School. He is a member of the Massachusetts Association of Criminal Defense Lawyers, National Association of Criminal Defense Lawyers, and the Boston Bar Association.

Be the first to comment on "Top Attorney – John H. Cunha"