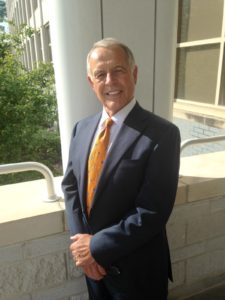 Chuck Lowe has been practicing in the area of divorce and separation for over fifty years. As one of the most experienced attorneys in Ohio’s Miami Valley area, he can help in a broad spectrum of legal situations from family law matters to personal injury claims. Mr. Lowe has gathered an impressive list of awards and accolades throughout his career, such as consistently being on the Best Lawyers List since 1989 and the only divorce and family lawyer in Dayton to be named one of the “Best Lawyers in America” by his peers for twenty-five consecutive years. He was also included in the “Top Attorneys in Ohio in The Field of Family Law” by The American Registry and named a “Super Lawyer” by Cincinnati Magazine in 2010. With his extensive experience and thorough understanding of the law, clients can rely on Mr. Lowe for high-quality legal advice, individualized attention, and effective representation. Chuck received his J.D. from the University of Virginia School of Law and has an AV Preeminent Rating by Martindale-Hubbell.

Be the first to comment on "Top Attorney – Charles “Chuck” D. Lowe"