New York, NY WW/Press/May 27, 2016 –Paul Dansker, Partner with Dansker & Aspromante, was selected for inclusion into the Top Attorneys of North America 2016 edition by The Who’s Who Directories. 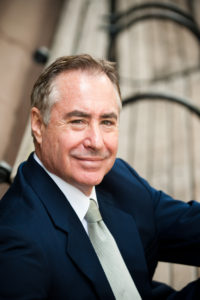 Since 1980, Paul Dansker has personally won over $500 million for his personal injury clients through diligent preparation and persuasive trial techniques. He recently won a verdict for an injured police officer in the Bronx of $31 million and settled a case for a sanitation worker for $7.5 million.

Most notably, he won a medical malpractice suit for a young boy in the Bronx, which will pay out over $50 million during his lifetime, $10.3 million for a young woman who sustained traumatic epilepsy when she was hit by a truck, and $7.3 million for a woman struck by a police motor scooter, among many others.

Mr. Dansker personally oversees the litigation department and trains all of the firm’s attorneys in advanced trial techniques. He believes in treating every clients with respect, and representing each clients as if he or she was a member of his own family, never forgetting that the firm has hundreds of cases, but the clients has only one that they depend on to secure their future.

Be the first to comment on "Top Attorney – Paul Dansker"