Birmingham, MI WW/Press/May 26, 2016 – John F. Schaefer, Founding Partner with the Law Firm of John F. Schaefer, was selected for inclusion in the Top Attorneys of North America – 2016-2017 edition by The Who’s Who Directories. 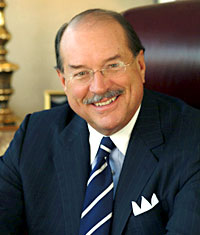 John Schaefer has been practicing matrimonial law for more than forty years. Clients from Michigan, New York, Florida, Illinois, New Jersey, and around the country have regularly sought him out for representation in divorce actions where millions of dollars have been contested and, in at least one case, where more than $1 billion was at stake. Some of Mr. Schaefer’s notable cases include Dart v. Dart, a case involving the laws and courts of a foreign jurisdiction and assets in excess of $1 billion; and Nasser v. Nasser, representing the thirty-six year wife of Jacques Nasser, the CEO of Ford Motor Company. He has also served on the Board of Trustees and as an adjunct professor of law at the Michigan State University College of Law. John received his B.A. from Michigan State University and his J.D. from Detroit College of Law. He is a member of the American Academy of Matrimonial Lawyers, the Oakland County Bar Association, American Bar Association, Detroit Bar Association, and the State Bar Michigan, Director of the Detroit Police Athletic League, and a Fellow of the Michigan State Bar Foundation. Mr. Schaefer is listed in all editions of The Best Lawyers in America, Top 100 lawyers in America by Worth Magazine, a recipient of the Honorable George N. Bashara Distinguished Alumni Award from MSU College of Law (2012), and named Lawyer of the Year, Family Law in Detroit.

Be the first to comment on "Top Attorney – John F. Schaefer"