Trumbull, CT WW/Press/May 6, 2016 – Daniel H. Cotter, Attorney with Cotter, Cotter & Mullins, LLC, was selected for inclusion into the Top Attorneys of North America – 2016 edition by The Who’s Who Directories. 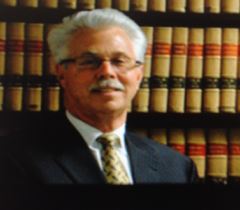 Daniel Cotter has been a personal injury and insurance trial attorney for thirty-six years. His grandfather was an attorney and judge starting in 1925, and his father and then himself both followed in his footsteps, along with his two younger brothers. Mr. Cotter is proud of his legacy. Daniel received his B.A. from Georgetown University and his J.D. from the University of Bridgeport School of Law. He is admitted to all Connecticut State and Federal Courts. He is a member of the Connecticut Bar Association and was appointed a State Trial Referee, Fact-Finder, and Arbitrator in 1990.

The Who’s Who Directories, a New York based biographical publication company, distinguishes and profiles leading professionals who demonstrate recognizable success and leadership in their field. The directory is valued for promoting awareness of individual accomplishments within the North American community.

Be the first to comment on "Top Attorney – Daniel H. Cotter"