San Francisco, CA WW/Press/May 17, 2016 – Byron T. Smith, Attorney with Smith & Baltaxe, LLP, was selected for inclusion in the Top Attorneys of North America – 2016-2017 edition by The Who’s Who Directories. 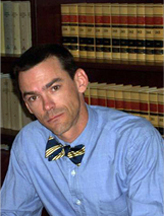 Byron Smith has been practicing law since 1995 and his areas of concentration include workers’ compensation and criminal defense. At Smith & Baltaxe, they represents clients from San Francisco, California and throughout the surrounding region, including the cities of Oakland, San Mateo, Redwood City, Berkeley, Daly City, San Jose, Fairfield, Concord, Marin County, and the Bay Area. Byron’s secret to success has been in having a good perspective. Mr. Smith received his J.D. from San Francisco’s New College of Law and is the California Applicants’s Attorney’s Association Chapter President.

Be the first to comment on "Top Attorney – Byron T. Smith"