Maryland Heights, MO WW/Press/November 8, 2017 – Rand E. Scopel, Attorney with The Scopel Law Firm, L.L.C. was selected for inclusion as a Diamond Member in the Top Attorneys of North America – 2017-2018 edition by The Who’s Who Directories.

Mr. Rand Scopel has been an attorney for over thirty-five years in the areas of divorce, bankruptcy, estate planning, and criminal law. He is licensed in numerous State and Federal Courts and the Supreme Court of the United States.

Rand received his B.A. cum laude from Kent State University and his J.D. from Ohio Northern University. He is a member of the Missouri Bar Association and is licensed in Missouri, Illinois and the Federal Cort for the Eastern District of Missouri and the Supreme Court of the United States. He co-author of the Impact of Bankruptcy on Dissolution of Marriage in Missouri.  Mr. Scopel was also included in the 6th and 7th editions of Who’s Who in American Law, Executive and Business, awarded the National Leadership Award, and a Distinguished Rating in Martindale-Hubbell 2016 behind the National Leadership Award and 10 Best Attorneys by the American Institute of Family Law Attorneys for 2016-2017. 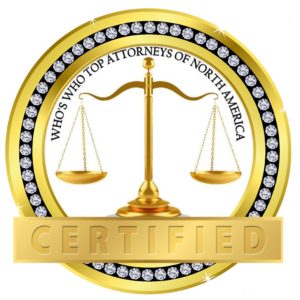 Be the first to comment on "Top Attorney – Rand E. Scopel"