Rolling Meadows, IL WW/Press/March 8, 2016 –Terry Sullivan, Attorney with The Sullivan Firm, Ltd., was selected for inclusion into the Top Attorneys of North America – 2016 edition of The Who’s Who Directories. 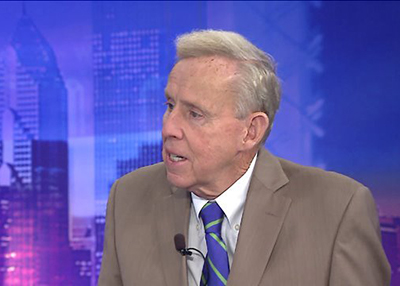 Terry Sullivan concentrates in Litigation, including Criminal and DUI defense. Terry worked as a Prosecutor in the Cook County State’s Attorney’s Office for twelve years. His most renowned prosecution was of the infamous John Wayne Gacy, the most prolific serial killer convicted in the history of the United States. He authored a book about the eve called Killer Clown, The John Wayne Gacy Murders. Terry has also been a legal analyst for WGN-TV for over twelve years. He has also played a key role in instituting the Extended Media Coverage pilot program for Cook County Courts. Mr. Sullivan received his J.D. from Loyola University. He is a member of the American Bar Association, Illinois Bar Association, Chicago Bar Association, Northwest Suburban Bar Association, Lincoln Park Chamber of Commerce, and the Old Town Triangle Association.

Be the first to comment on "Top Attorney – Terry Sullivan"