Rye Brook, NY WW/Press/March 18, 2020 –Norman W. Bernstein, Attorney with N.W. Bernstein & Associates, LLC, was selected for inclusion into the Top Attorneys of North America – 2020-2021 edition of The Who’s Who Directories. 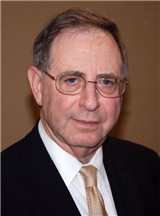 Norman W. Bernstein has over forty years’ legal experience, including nine years as Associate Counsel, Special Litigation, at Ford Motor company where he was responsible for all of Ford’s environmental litigation (except for automotive emissions). His practice functions at the intersection of finance and the environment. Norm has counseled venture capital firms on environmentally sensitive investments and on environmental issues associated with mergers and acquisitions. In 2013, he won a land-mark Superfund case against the arguments of the United States Justice Department in the U.S. Court of Appeals for the 7th Circuit regarding the liability of property owners and their insurance carriers. In 2014, he filed briefs in two separate matters in the Supreme Court of the United States, including on behalf of Kelsey-Hayes and NCR Corporation. In 2015, and again in 2016, he was a guest speaker at the Bloomberg Conference Center on Green Finance. Norm’s case on behalf of the White Plains Housing Authority against Getty Properties and others was named by Bloomberg’s Environmental Reporter as one of the most important site cleanup cases in the United States. Norm is personally a Trustee at three Superfund type sites, one of which in New Jersey and the other two are in Indiana. He is a member of the Bar of New York and Michigan, of numerous federal Circuit Courts of Appeal, and of the Supreme Court of the United States. He is also past Chairman of the Committee on Litigation Management and Economics of the Litigation Section of the American Bar Association. He is a graduate of Columbia College and Columbia Law School (cum laude), and is a former editor of the Columbia Law Review. He served two years as a naval officer aboard the USS Ault, DD698.

The Top Attorneys of North America, a New York based publication, distinguishes and profiles leading attorneys who demonstrate recognizable success and leadership in their field. The directory is valued for promoting awareness of individual accomplishments and achievement within the North American legal community.

Be the first to comment on "Top Attorney – Norman W. Bernstein"