Smithtown, NY WW/Press/August 17, 2022 – Joel J. Ziegler, Professional Malpractice Attorney with the Law Offices of Joel J. Ziegler, P.C., is recognized and distinguished in the Top Attorneys of North America 2022-2023 edition by The Who’s Who Directories. 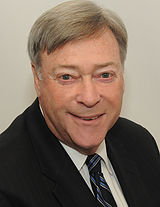 “I am dedicated and proud to represent my clients.”- Joel J. Ziegler

The Law Firm of Joel J. Ziegler, P.C., is located in Smithtown, NY representing individuals in Nassau and Suffolk counties, and the entire metropolitan area, who were injured or wronged due to professional or medical malpractice. The firm’s philosophy is they aggressively solve your legal problem in the most effective, efficient way possible.

Joel Ziegler, founder of the firm practices in the areas of professional malpractice—in particular, Legal Malpractice, Accounting Malpractice, also wills, estate planning. He is committed to representing accident victims and making sure they get compensated for their injuries. He feels like he has improved the standards of malpractice cases.

Prior to starting his own firm, he served as a managing partner in the firm of Greshin, Ziegler, Amicizia LLP for many years. Mr. Ziegler was admitted to the New York Bar in 1968 and has been admitted to practice before the U. S. District Court for the Southern and Eastern Districts of New York, the District of Columbia, and the U. S. Court of Appeals for the Second and Federal Circuits. He has served as Deputy Town Supervisor for the Town of Smithtown, is a past president of the Smithtown Township Arts Council, a Trustee of the Smithtown Historical Society, and former Director of the Suffolk County Bar Association’s Pro Bono Foundation. Joel has also served as an arbitrator for the Better Business Bureau in cases involving disputes between manufacturers and dealer, and is a court appointed arbitrator for no-fault insurance cases. He attributes the success of his firm to personalized attention to his clients and receiving referrals even from adversaries.

Mr. Ziegler received his J.D. from Syracuse University College of Law and has received numerous awards for his involvement in the Suffolk County Bar Association. He is also a member of the New York State Trial Lawyers Association and the Association of Trial Lawyers of America.

Be the first to comment on "Top Attorney – Joel J. Ziegler"