Garden City, NY WW/Press/March 29, 2016 – James D. Leonard, Attorney with Jaspan Schlesinger LLP, was selected for inclusion in the Top Attorneys of North America – 2016 edition by The Who’s Who Directories. 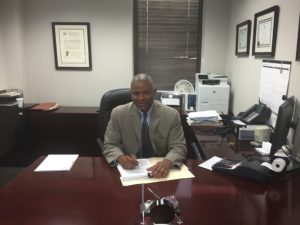 James Leonard is the administrative partner of Jaspan Schlesinger LLP, currently supervising the day to day operations of the Firm’s Tax Certiorari and Condemnation Practice Group. Prior to joining the firm, Mr. Leonard was the Controller of a national chain of upscale Italian restaurants for eight years where he managed all aspects of the restaurants ’ operations. In 1992, Mr. Leonard was the Republican and Conservative party nominee for State Senate in Kings County. He served as the 1st Vice President for the 55th Assembly District Republican Club of Kings County. James received his B.A. from Bernard M. Baruch College of the City University of New York and his J.D. from St. John’s University School of Law. He is a member of the New York State Bar Association, Nassau County Bar Association, and Suffolk County Bar Association.

Be the first to comment on "Top Attorney – James D. Leonard"