New York, NY WW/Press/January 21, 2016 –Nicole Abruzzo Hemrick, Attorney at Spar, Bernstein & Lewis, was selected for inclusion in the Top Attorneys of North America 2015-16 edition by The Who’s Who Directories. 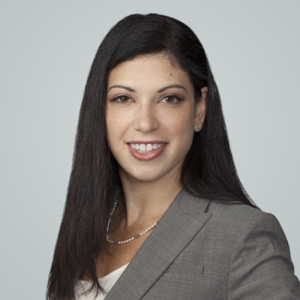 Nicole Hemrick began her career in the role of Judicial Law Clerk in the New York, New Jersey, and Arizona Immigration Courts through the Attorney General’s Honor Program, assisting Immigration Judges draft decisions. This role provided her great insight into the judicial process and has proven beneficial to her clients . Nicole provides representation in all aspects of removal defense, family-based, and employment-based immigration matters. She is particularly passionate about asylum cases, as she believes in fighting for those who have been persecuted, whether for their political or religious beliefs, race, nationality or sexual orientation. Besides representing clients during their removal proceedings at the Immigration Court, Nicole has won numerous cases on appeal before the Board of Immigration Appeals, the Administrative Appeals Office, and U.S. Courts of Appeals. She received her B.A. magna cum laude from Binghamton University and her J.D. from St. John’s University School of Law. Ms. Hemrick is a member of the American Immigration Lawyers Association and won the CALI Excellence Awards for Immigration Law, Immigration Rights Clinic and National Security and the Law in 2007.

Be the first to comment on "Top Attorney – Nicole Abruzzo Hemrick"