Manhasset, NY WW/Press/January 5, 2016 –Michael Kohan Esq., Attorney at Kohan Law Group, was selected for inclusion in the Top Attorneys of North America 2015-16 edition by The Who’s Who Directories. 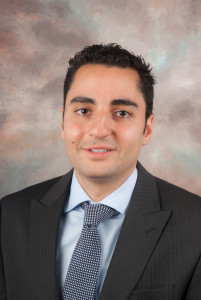 Michael Kohan is admitted to practice in New York, New Jersey, and California. He is also admitted in the Federal District Courts of the Eastern and Southern Districts of New York, and the New Jersey Federal District Court. Michael has experience in many fields, involving both litigation and transactional matters, which has provided him with outstanding foresight and ability to isolate the primary issues in a matter. These skills have resulted in him being appointed as a small claims arbitrator by the Nassau County Bar Association and him having been asked to serve on a pro bono committee spearheaded by Governor Cuomo which involves the submission of clemency requests on behalf of inmate-clients to the Governor for his review. Michael also has a passion for teaching, recently having taught to the Queens County Bar Association in the field of real estate litigation. He received his B.A. Magna Cum Laude from Queens College and his J.D. from Hofstra University School of Law.

Be the first to comment on "Top Attorney – Michael Kohan"