Sunnyvale, TX WW/Press/January 8, 2016 –J. Darlene Ewing (Deceased), Attorney at The Law Offices of J. Darlene Ewing, was selected for inclusion in the  Top Attorneys of North America 2015-16 edition by The Who’s Who Directories. 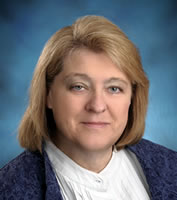 J. Darlene Ewing was a solo practitioner concentrating on family law, specifically in matters of divorce, custody, child support, enforcement, paternity, and modification. Ms. Ewing also practiced appellate law and has filed numerous appeals with the Court of Appeals and the Texas Supreme Court. In 1986, Darlene was certified by the Texas Board of Legal Specialization in Family Law which requires re-certification every five years, and she has been re-certified as a family law specialist every five years thereafter for a total of twenty-nine years. She has served as the chief attorney for the Dallas County Child Support Department; worked for Dallas Legal Aid Society, and has been in private practice for over 35 years. Darlene Ewing was the Democratic judge of the District Court 254 in Texas. Ewing was elected to the office on November 8, 2016. She was re-elected in 2018, but passed away on November 16, 2018.

Be the first to comment on "Top Attorney – J. Darlene Ewing"