St. Louis, MO WW/Press/November 8, 2021 –Richard Hein, Attorney at Hein Law Firm L.C., is recognized and distinguished as a President’s Circle Member in the Top Attorneys of North America 2021-2022 edition by The Who’s Who Directories. 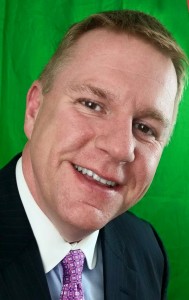 Attorney Richard Hein established the Hein Law Firm in the spring of 2003. Mr. Hein earned his law degree from Saint Louis University School of Law as the youngest member of his graduating class. He also received his undergraduate degree in History, cum laude, from Saint Louis University in 1991. Mr. Hein was born and raised in St. Louis, and graduated from the St. Louis Priory High School. While in law school, Mr. Hein studied in the Centro de Estudios Universitarios at the Colegio de San Pablo, and served as a law clerk to one of the leading law firms in Europe, J. & B. Cremades & Associates, both in Madrid, Spain. Mr. Hein has been an invited professor at the Universidad Abierta Interamericana en Buenos Aires, Argentina, as well as at the Universidad Centroamericana Law School in San Salvador, El Salvador.

Prior to establishing the Firm, Mr. Hein chaired the appellate group for one of the largest law Firms in the St. Louis metropolitan area. He has managed appeals in the Eighth Circuit Federal Court of Appeals in addition to the Missouri State Courts of Appeals for the Eastern District and Western District and the Missouri State Supreme Court. He is also a member of the United States District Court for the Eastern District of Missouri, as well as the United States Supreme Court.

Mr. Hein’s Firm continues to serve the community, handling a host of matters as follows: Business Law and Litigation, Civil and Corporate Litigation, Contracts, Contract Disputes, Immigration, Administrative Law, Personal Injury, Automobile Accidents and Injuries, Tourist Injuries, Workers Compensation, Criminal Defense, Drug Crimes, Felonies, Misdemeanors, DWI & DUI Defense, Traffic Violations, Appellate Practice, Federal and State Appeals. A large portion of the Firm’s diverse clients base is international and hails from Latin America, the Caribbean and Spain as the Firm is one of the few, if not the only fully bilingual (English/Spanish) Law Firms in the State of Missouri.

Mr. Hein is a Member of the Board of the prestigious International Law Firms, a cooperating, international organization comprised of highly regarded law firms with member firms in more than 70 cities and 40 countries throughout the world.  Mr. Hein’s Firm likewise has an Affiliated Office in Buenos Aires, Argentina with the well-known Argentine Firm, Estudio Jurídico Traboulsi & Asociados, which was founded in the early 1960s by attorney, real estate developer and former Member of the Argentine Congress, Eduardo Traboulsi, Sr. The Firm has an office extension in Mexico City through its affiliation with the Mexican Law Firm NDA Nájera Danieli & Asociados, for which Mr. Hein serves as U.S. Counsel, as well as in Sydney, Australia through its affiliation with Goldsmiths Lawyers.

Be the first to comment on "Top Attorney – Richard Hein"