Orlando, FL WW/Press/December 14, 2015 –Rajan Joshi, Attorney at Joshi Law Firm, PA, was selected for inclusion in The Top Attorneys of North America 2015-16 edition by The Who’s Who Directories. 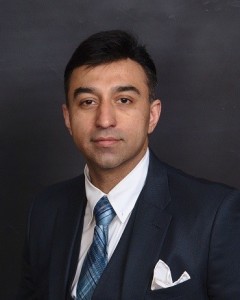 While in law school, Rajan Joshi demonstrated academic excellence, earning the highly coveted Book Award in Criminal Procedure (highest grade). Mr. Joshi was also selected and employed by the Dean of Student Affairs to tutor first-year contract students and conducted his own class to prepare the students for their final exam. Mr. Joshi also worked as a legal intern at the Seminole County State Attorney’s Office and at the Alachua County State Attorney’s Office. The Florida Supreme Court certified him as a legal intern prior to completing law school, which allowed him the opportunity to argue six jury trials prior to graduation. Defense attorney Rajan Joshi started his legal career as an Assistant State Attorney in Jacksonville, Florida. In his four years working as a state prosecutor, he further developed his trial abilities both in criminal prosecutions and in post-conviction motions. Within his first year, he was promoted to the felony division, and then based as his aggressive, ethical and superb performance as a prosecutor he was promoted to the Repeat Offender Court a year later, where he prosecuted habitual felony offenders and Violent Career Criminals for every serious crimes for his remaining two years as a prosecutor. In 2015, Mr. Joshi resigned his partnership with the NeJame law firm and became the founder of the Joshi Law Firm.  Joshi Law has among the brightest legal team that takes care of their clients’s legal needs to make sure their rights are protected. Their goal is to achieve the absolute best result for their clients’s. Rajan has tried and handled thousands of criminal cases, both misdemeanors and felonies. He represents clients charged with a wide variety of offenses, including but not limited to, white collar crimes, Racketeering, DUI, domestic violence, sex related matters, drug possession, delivery and trafficking cases, theft cases, cases involving violence and homicide.

Mr. Joshi practices in both State and Federal court, and handles post-conviction relief matters, as well, specifically motions to overturn prior criminal convictions. Mr. Joshi has handled some extremely high profile cases that have gotten both local and national media coverage, including on the Today Show and Nancy Grace. Mr. Joshi also has written several legal articles for the Orlando Sentinel and the Orlando Style Magazine. Rajan Joshi strongly believes that anyone charged by the State or the Federal Government needs an aggressive defense and does everything he can to ensure that his clients are protected with the Rights the Constitution has provided to everyone in this Country. He received the Jury Trial Award in 2003, was recognized as an Avvo Clients ‘ Choice 2015 with a Superb Rating of 10.0, and was recognized as Top 100 Trial Lawyers by National Trial Lawyers Association in 2014. Rajan is a member of American Immigration Lawyers Association, Florida Bar Association, Orange County Bar Association, South Asian Bar Association, Phi Delta Phi Legal Honors Fraternity, Pi Kappa Alpha Fraternity, Orlando Indian American Chamber of Commerce, and Honored Member of Cambridge’s Who’s Who Registry of Executives, Professionals and Entrepreneurs. He received his B.A. from the University of Central Florida and his J.D. from the University of Florida with Honors.

Be the first to comment on "Top Attorney – Rajan Joshi"