Newport, RI WW/Press/December 1, 2015 – Nathan W. Kearns, Attorney with the Department of Defense, was selected for inclusion into the Top Attorneys of North America 2015-2016 edition by The Who’s Who Directories. 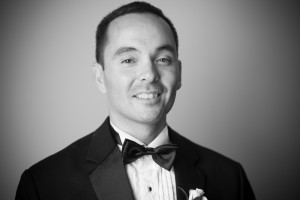 Nathan W. Kearns is the Regional Program Director of US European Command and US Pacific Command at the Defense Institute of International Legal Studies (DIILS). In this capacity, he has planned, managed, and executed over 200 international missions in over 100 countries on various topics including peacekeeping and combating corruption, human trafficking and child soldiers, cyber and emerging technologies, maritime security, and anti-terrorism. He directs hundreds of Human Rights Seminar Programs that promote the observance of and respect for human rights and fundamental freedoms, respect for legitimate civilian authority, and observance and respect for international humanitarian law. Mr. Kearns created and directed the Stability Operations Legal Aspects of ROE/RUF Afghanistan (SOLARA) Course. SOLARA helped foster interlocking partnerships that strengthened the overall U.S. efforts in combating terrorism, and promoted relationships that enhanced global efforts against terrorist organizations throughout the world. He also created and continues to direct the Legal Aspects of Defense Support to Civil Authorities (LADSCA), which promotes defense support of civil authorities to include police, emergency response authority, and overall inter-agency dynamics consistent with democratic rule of law, protection of human rights, and reasonable use of force.

Mr. Kearns has been internationally lauded by various U.S. Ambassadors and has received accolades for directing multiple international regional programs across the globe, with each program hosting over 20 different countries in attendance focusing on combating terrorism in Europe, as well as maritime security and fisheries in the Pacific. On the national front, Mr. Kearns created a U.S. based anti-corruption program with the FBI, DOJ, NYPD, and various other government agencies and subject matter experts. Mr. Kearns received his B.A. and J.D. from Rutgers University and then joined the United States Air Force. He served as a Chief of Justice and traveling Senior Trial Prosecutor throughout the country where he prosecuted over 75 jury member trials. Then he was deployed to Guantanamo Bay where he led a team that focused on insuring proper treatment and legal rights for detainees in their Combatant Status Review Tribunals and Administrative Review Boards. Mr. Kearns led specialized teams in Afghanistan and Iraq to support U.S. and international forces working to improve the rule of law. Currently, he is a Lieutenant Colonel serving as the Staff Judge Advocate (SJA) of the 102 Air Operations Group. As the SJA, he specializes in operational law and intelligence. With such an array of specialized legal expertise and over eighteen years in the field, Mr. Kearns is considered a subject matter expert in the areas of criminal litigation, operational law, and many aspects of international law and human rights.

Be the first to comment on "Top Attorney – Nathan W. Kearns"