Chesapeake, VA WW/Press/September 6, 2022 – John E. Zydron, Attorney with The Zydron Law Firm, P.L.L.C., is recognized and distinguished in the Top Attorneys of North America 2022-2023 edition by The Who’s Who Directories. 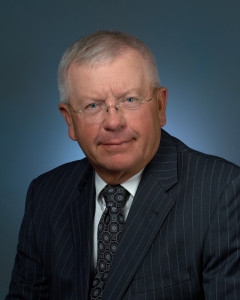 John Zydron is a personal injury and traumatic brain injury lawyer, a former Judge Advocate General of the Virginia National Guard and retired as a Brigadier General after thirty-two and a half years of service.

Captain Zydron was appointed by Governor Terry McAuliffe as a co-commissioner of the Virginia Marine Resources Commission for a four year term beginning in 2014. He is currently a United States Coast Guard U.S. Merchant Marine Officer. He has also been listed in the Richmond Magazine Super Lawyer’s Section – “Top Attorneys in Virginia 2009, 2010 and 2012”, selected for the National Trial Lawyers “Top 100 Trial Lawyers”, and won the LexisNexis Martindale-Hubbell Client Distinction Award. John received his B.A. from University of Richmond and his J.D. from George Mason School of Law.

Be the first to comment on "Top Attorney – John E. Zydron"