Lawrenceville, GA WW/Press/December 3, 2015 –Jesse C. Kent, Attorney at The Kent Law Group, was selected for inclusion in The forthcoming Top Attorneys of North America 2015-16 edition by The Who’s Who Directories. 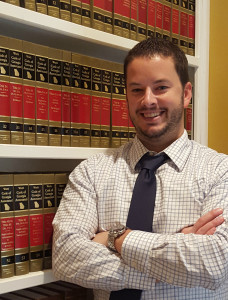 Jesse Kent started working in the legal field in 2002 as an intern with the Baldwin County District Attorney’s office, where he assisted other interns with the prosecution of several criminal cases, including one where a local resident charged with murder. Although the defendants was confronted by an assailant, there was little evidence provided by the defense attorney of his innocence, and the defendants was sentenced to serve ten years in prison. That’s when Mr. Kent decided to give up his athletic scholarship and turn his attention to a legal career. After college he traveled the state researching titles for multi-million dollar timber contracts, and found satisfaction uncovering pivotal details that could make or break a timber deal.

Mr. Kent started his law practice shortly after passing the State’s Bar Exam and continues an active role today in his firm as managing partner.  Today, Jesse’s practice areas focus primarily on personal injury, catastrophic injuries, traumatic brain injury, dismemberment and premises liability.  Despite a heavy focus in these areas, Jesse continues to accept cases in the areas of DUI defense, general civil litigation, business transaction, small claims, and other litigated areas. While he has recovered millions in compensation for his injury clients , Jesse often accepts cases where he can utilize his unique background and trial experience to fight for the rights of business owners and ordinary citizens from all walks of life.  Recently, he represented a business who was being accused of fraud by a major, national insurance company.  Mr. Kent very boldly instructed his clients to accept no offers of settlements and to make no offers of settlements and to instead charge forward to a jury trial.  Drawing on his past experience with the District Attorney’s Office as an intern, Jesse was able to convincingly establish that not only that his clients had not committed an act of fraud, but also that the insurance company had essentially fabricated the allegations in an effort to extort funds from his clients.  The case remains to this day a victory that Mr. Kent often reminds that insurance company about when negotiating favorable resolutions for his varied clients .

Mr. Kent is a member of the State Bar of Georgia, The American Bar Association, and the Georgia Trial Lawyers Association.  He is admitted to practice before all of the State Courts of Georgia, including all Superior Courts, State Courts, Municipal Courts, Probate Courts and Magistrate Courts, as well as the Georgia Court of Appeals and the Georgia Supreme Court.  Jesse is also licensed to appear in Federal District Courts, and is pleased to announce that he was recently sworn in before the United States Supreme Court by Chief Justice John Roberts in Washington, D.C.

Mr. Kent welcomes the opportunity to consider your case and often accepts telephone calls personally so that he can better assist his clients

Be the first to comment on "Top Attorney – Jesse C. Kent"