Elmhurst, NY WW/Press/March 7, 2018 –David J. Bangel, Attorney at Bangel, Cohen, & Falconetti, LLP, was selected for inclusion as a Diamond Member in The Top Attorneys of North America edition of The Who’s Who Directories.

After graduating from law school in 1993, Attorney Bangel joined the law firm of Stewart, DeCurtis, Greenblatt, Manning and Baez where he practiced handling all aspects of defending workers’ compensation cases.  At this firm, he gained valuable knowledge as to how insurance companies and self-insured employers think about and approach their cases.

In 1997, Mr. Bangel founded the firm of Bangel, Cohen, & Falconetti LLP, and began his representation of injured workers before the Workers’ Compensation Board. He felt it to be more important to defend the injured worker against the giant insurance companies. David is dedicated to treating his clients as individuals instead of a just number, with personal touch given to every case. His secret to success has been his honesty with his clients , as well as his superior litigation and 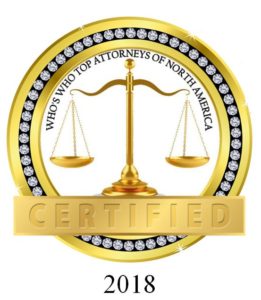 negotiating skills.  The firm and its reputation have grown significantly over the last twenty years but Mr. Bangel is still committed to the firm’s core mission, that every clients receives the same level of dedication, attention to detail and top-notch representation. He truly believes that Bangel, Cohen & Falconetti can continue to grow and become an even larger firm and still maintain its small firm mentality. David received his J.D. from Nova University Law School and his B.A. from the State University of New York at Stony Brook. David is a member of the New York State Bar Association and the Injured Workers Bar Association. David is admitted to practice law in the State of New York and both the Southern and Eastern Federal District Courts.

Be the first to comment on "Top Attorney – David J. Bangel"