Las Vegas, NV WW/Press/December 2, 2015 –David A. Riggi, Attorney, with Riggi Law Firm, was selected for inclusion in The Top Attorneys of North America 2015-16 edition by The Who’s Who Directories. 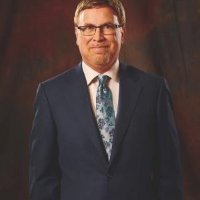 David Riggi has been practicing bankruptcy law since 1986 for the federal government and in private practice, having worked as an attorney-advisor for the U.S. government and in the judges Division, which provides legal counsel to bankruptcy courts throughout the country. He was also the judicial law clerk to the bankruptcy judge, performing extensive bankruptcy legal writing and presiding over pre-trial conferences for the U.S. Bankruptcy Court. David was awarded by the American Bankruptcy Institute for “Clash of the Bankruptcy Superiorities.” He received his B.A. for Psychology in 1980, his M.S. for Industrial Relations, and his J.D. in 1986. David is a member of the Nevada State Bar, West Virginia State Bar, District of Nevada Ninth Circuit of Appeals, N.D. and S.D. West Virginia Court of Appeals.