Beverly Hills, CA WW/Press/October 23, 2015 –Michael Nourmand, Attorney, with The Nourmand Law Firm, APC, was selected for inclusion into The  Top Attorneys of North America 2015-16 edition of The Who’s Who Directories. 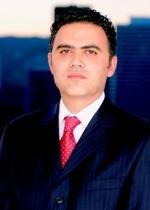 The Nourmand Law Firm is a full service California law firm, providing legal counsel and representation in the areas of Employment Law, Wage & Hour Law, Class Action, Personal Injury and Bad-Faith Insurance. They have helped hundreds of individuals and their families receive the compensation for damages when they have had their rights violated in the workplace. Some of their specific practice areas include wrongful termination, sexual harassment, defamation, personal injury, and various discrimination areas, among others.

Be the first to comment on "Top Attorney – Michael Nourmand"