Greenwich & Hartford, CT  WW/Press/September 29, 2015 –Zenas Zelotes, Esq., Attorney, with Zelotes Divorce Litigation, was selected for inclusion in the Top Attorneys of North America 2015-16 edition by The Who’s Who Directories. 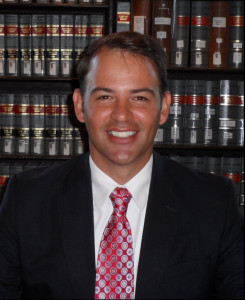 Zenas Zelotes, Esq. is presently a trial attorney in Connecticut’s family courts. The focus of his niche practice is Divorce Litigation, Child Custody Litigation, Prenuptial Agreements, Postnuptial Agreements, Cohabitation Agreements, Post-Judgment Contempt, and Divorce Mediation.  He maintains offices in Greenwich Connecticut and Hartford Connecticut.  He represents clients in contested matters statewide, with preference given to cases heard in Stamford, Hartford and Norwich.  Mr. Zelotes’ credits his success as a trial lawyer to his consistent application of litigation fundamentals, thorough pre-trial preparation, a solid command of the rules of evidence, and an unwavering sense of courtroom confidence.  We the decision left to him, Mr. Zelotes says he would take every contested case to verdict.  “When I step into a courtroom, no matter the issue, and no matter who I am going up against, I always believe I am going to win – and most of the time I do.  No attorney can win every case.  That’s impossible.  But even when a decision goes the other way, I can sleep sound at night knowing I put up one hell of a fight.”  Attorney Zelotes received his J.D. w/ Honors in 2000 from the University of Iowa College of Law.  Prior to law school, Zenas served five years on active-duty in the United States Marine Corps from 1992-1997, where he served as a news correspondent and marksmanship instructor.  Former areas practice include consumer protection litigation arising under the Fair Credit Reporting Act, Fair Debt Collection Practices Act, and the Connecticut Unfair Trade Practices Act.  Attorney Zelotes has been a featured speaker on several topics including consumer protection litigation, adult entertainment law, and prenuptial agreements .  Attorney Zelotes is admitted to practice in the Connecticut Superior Court, the United States District Court, District of Connecticut, and the District Courts of Nevada.   Attorney Zelotes is also a highly seasoned practitioner in proceedings before the United States Bankruptcy Court, District of Connecticut.  Zenas was born in Norwich CT in 1972.  He is a member of the Connecticut Bar Association, Family Law Section, the Greater Norwich Area Chamber of Commerce, and the Greenwich Chamber of Commerce.

Be the first to comment on "Top Attorney – Zenas Zelotes, Esq."