Redding, CA  WW/Press/July 19, 2022–Joseph Anthony Gazzigli, Attorney at Law, is recognized and distinguished in the Top Attorneys of North America 2022-2023 edition by The Who’s Who Directories. 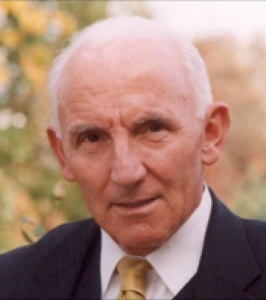 Joseph Anthony Gazzigli has been practicing law for over four decades and still enjoys fighting for his clients. He was an amateur boxer at age fourteen, and went on to earn the Golden Gloves championship.

He utilizes a boxer’s mentality in his practice- instead of his fists, he goes to the mat with tenacity, utilizing his expertise, intelligence and concentration in defending his clients as a trial attorney. As his loving wife Nancy says, “He is a Gladiator.”

Joseph Anthony Gazzigli has been recognized as a “Top 10 Trial Attorney” by Best of North State in California, an honor he has received over the last seven years, where he is ranked number one or two consistently. He is a member of the California Bar, and a Diplomate of the American Board of Trial Advocacy.

Be the first to comment on "Top Attorney -Joseph Anthony Gazzigli"