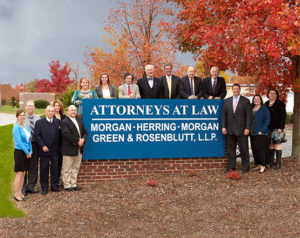 Mr. Morgan also received the High Point Arts Council Mayor’s Award For Support of the Arts and in 2006, received the Distinguished Alumni of the Year from the Cumberland School of Law, Samford University, Guilford College Algernon Sydney Sullivan Award for Humanitarian Service, and I Beverly Lake Public Service Award. He was the High Point Chamber of Commerce Citizen of the Year in 1998 and in 2009, received the NC State Bar Distinguished Service Award for Exemplary Services to the Legal Profession. Mr. Morgan was inducted into the NC Bar Association, General Practice Hall of Fame in 2010 and has received the Lifetime Achievement Award from the Arthritis Foundation and Father of the Year from the Diabetes Association.