Green Bay, WI  WW/Press/June 24, 2015 –Daniel Dean Whetter, Esq., Attorney with Whetter Law Offices , was selected for inclusion in the Top Attorneys of North America 2015-16 edition by The Who’s Who Directories. 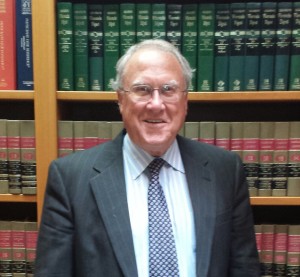 Daniel Dean Whetter originally studied biology, chemistry and math in college, changed his direction to the field of law.

He is recognized as a super lawyer in personal injury, trial cases, civil litigation and general law.  He advocates “Client interests first”, in his method of practice.

Mr. Whetter has handled some of the largest, as well as smallest, cases with compassion and fairness; no opposition is too large to oppose.

Attorney Whetter received his J.D. from Oklahoma City University, his M.S. and Bachelor’s at the University of Wisconsin LaCrosse. Mr. Whetter is a member of many associations including the American Bar Association and the Brown County Bar Association.

He is admitted to practice in both Eastern and Western Federal District Courts. He is AV Rated and recognized in Martindale Hubbell.

Mr. Whetter is also recognized as a Super Lawyer, one of Wisconsin’s Top Attorneys by Milwaukee Magazine, 2006-2015, recognized by American Trial Lawyers Assoc. as Top 100 Lawyers, 2007-2015, and also recognized by the National Association of Distinguished Counsel.

Be the first to comment on "Top Attorney – Daniel Dean Whetter, Esq."