Tulsa, OK  WW/Press/October 16, 2015 –Chad A. Greer, Owner and Managing Partner, with The Greer Law Firm, was selected for inclusion into The  Top Attorneys of North America 2015-16 edition by The Who’s Who Directories. 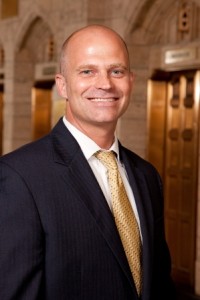 He is a former Assistant District Attorney and Assistant United State Attorney who specializes in defending and obtaining justice for those innocently and unlawfully accused of crimes. He is a second generation attorney, both his dad and uncle were attorneys.

Chad’s secret to success has been good mentoring and he also has an acute sense of justice, using exhausted preparation for clients cases to obtain a sense of trust that resonates throughout the community.

Be the first to comment on "Top Attorney – Chad A. Greer"